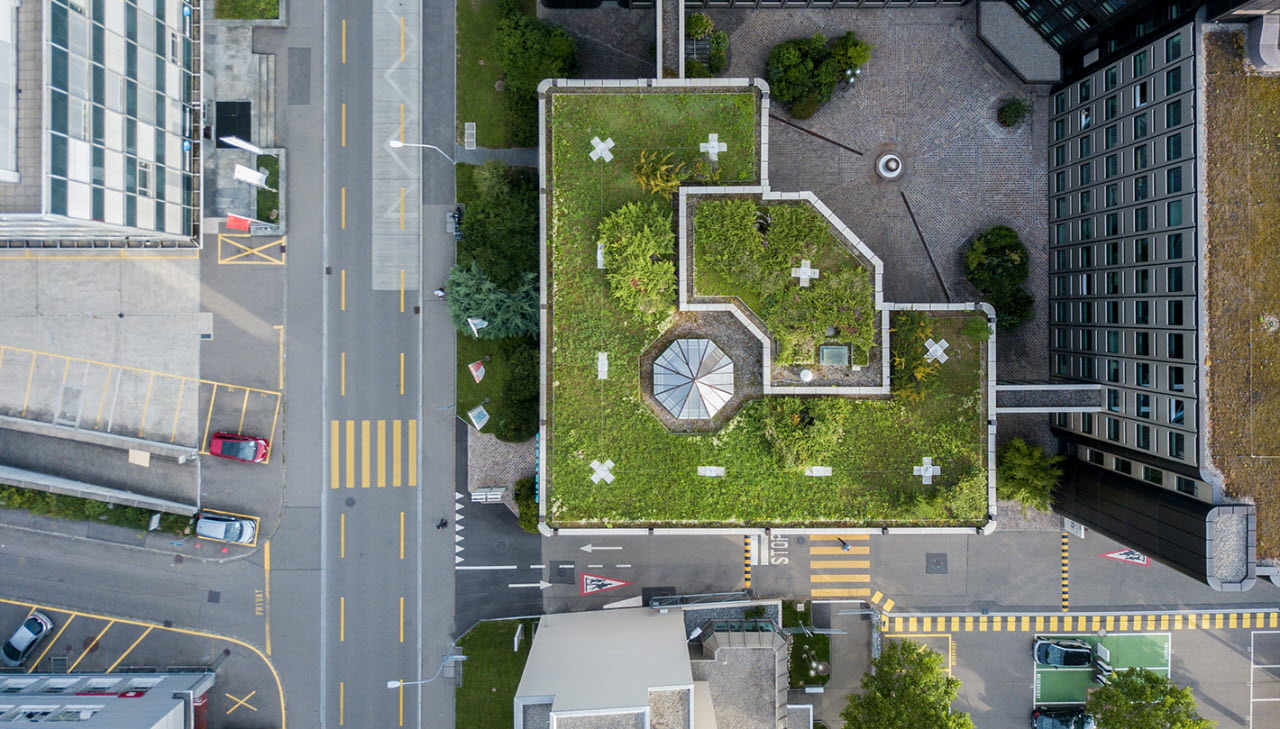 The countryside is moving into the city. A slight exaggeration maybe, but it is a fact that green walls and roofs are becoming increasingly common in the urban environment.

A roof covering of moss, sedum, herbs or grass not only makes a colourful addition to the concrete jungle, it also has a positive environmental impact.

As well as the plants absorbing rainwater that evaporates back into the atmosphere, green roofs also dampen the sound level, save energy, reduce the temperature and have air purifying properties. It is a fact that a 10 m2 roof surface of dry vegetation absorbs as much carbon dioxide as a tree.

And let’s not forget biodiversity. Green roofs attract bumblebees, butterflies and other valuable insects, not least bees that play a crucial role as pollinators for agriculture, gardens and flower meadows. Bituminous membranes are used in order to protect the construction from water and roots growing through the material.