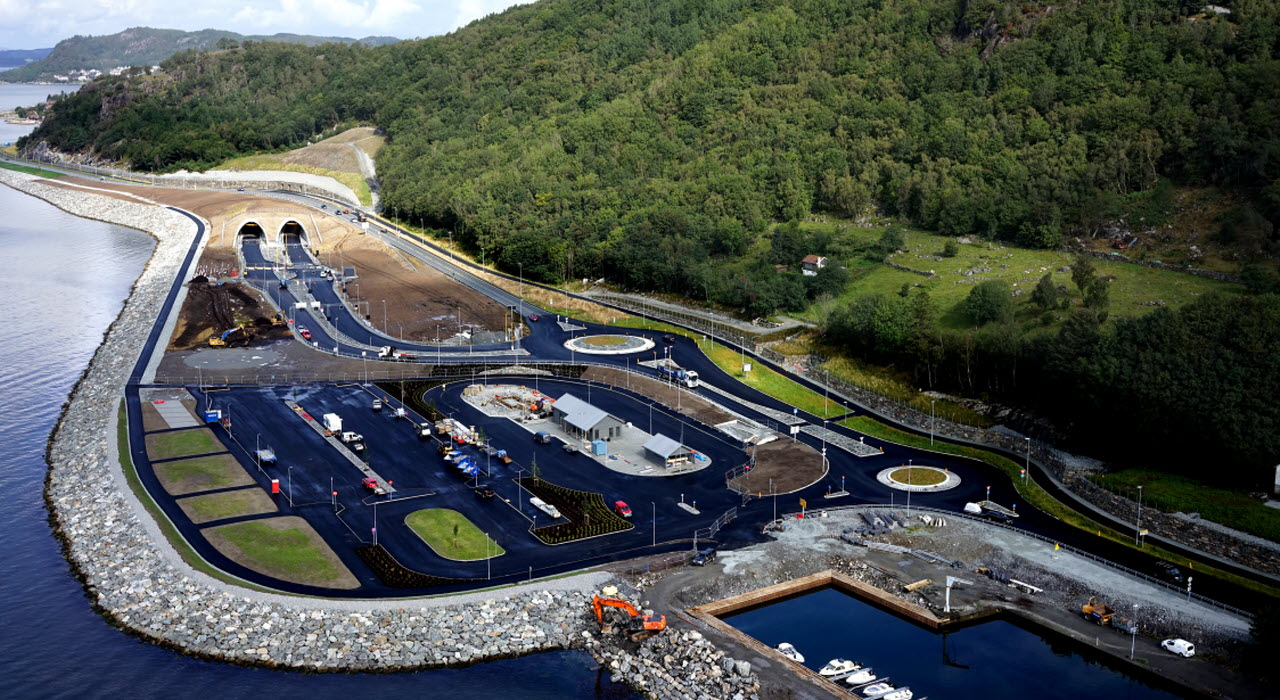 2013 saw the start of a major construction project – the Ryfylke tunnel, which opened to traffic just in time for the start of the new decade. This is the longest and deepest underground road tunnel in the world – 292 m below sea level – and it forms part of what is known as the Ryfast project.

The other two tunnels in the project – Hundvåg and Eiganes – will open to traffic later this year.

The Ryfylke tunnel is 14.3 km long and connects the two municipalities of Strand and Stavanger in southern Norway. Traffic runs in two separate tunnels, one in each direction, with a maximum gradient of 7 %. 1.2 million m3 of rock was excavated during the course of the work.

The pavement in all three tunnels has a thickness of 22 cm, of which the surface course comprises 4.5 cm. To guarantee a road surface that is both durable and flexible, the contractor Velde used a polymer modified binder – Nypol 82 – in the surface course. The total surface area asphalted in the Ryfast project is more than 350,000 m2.