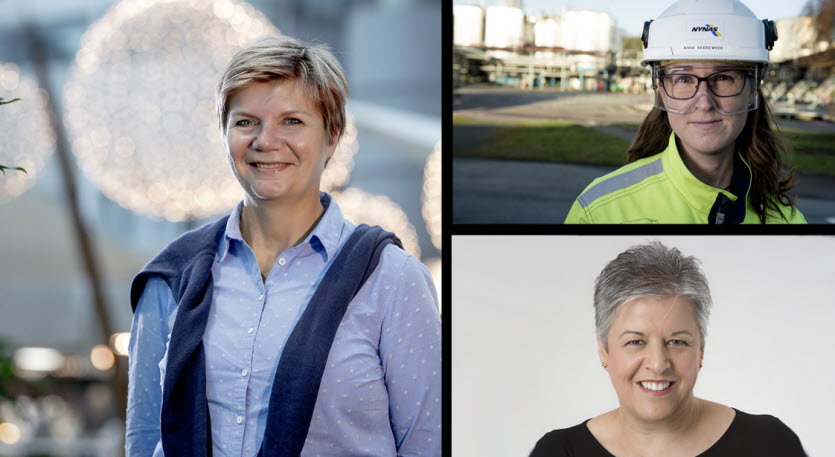 Women in the road industry

Three successful women on their experiences of working in a male-dominated industry.

"No industry can afford not to take 50 % of the workforce into account." 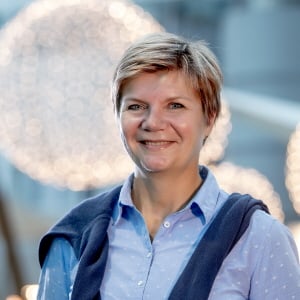 Director Eurobitume GermanyAfter many years in the bitumen and asphalt industry, I can say that the sector of the construction industry where bitumen is used is still a man’s world, and this also includes the way people communicate. I have even asked some male friends to work as “translators” in order for me to grasp both the verbal and non-verbal communication patterns.

The bitumen industry has for a long time had a rather high share of women working in technical jobs. This is likely due to the link to chemistry and chemical engineering. Unfortunately, outside there’s still some resistance to fully accepting younger colleagues, and the problem is more obvious when it comes to women. The situation has gotten better, but there’s still a lot of room for improvement. Although more and more young women are interested in civil and chemical engineering, they seem to end up working in other industries than bitumen and asphalt which are seen as somewhat conservative.

When subjects such as the generational shift and the industry’s future are discussed, it’s middle-aged men who set the agenda. Instead, we must ask young competent persons, both women and men, what they expect from working life: what are their requirements, views and visions based on today’s societal developments. No industry can afford not to take 50 % of the work force into account, even more so in times where recruitment is identified as key.

As long as the industry continues to act as a man’s world, it will be difficult to recruit young competent women, as they have so many other interesting industries to choose from. I was always against quotas for achieving gender equality, but I’ve changed my view based on reality. We’ll all be winners the day when gender equality is regarded as standard and we no longer need to talk about it.

"You get more 360 degree thinking and harmony in groups made up of men and women." 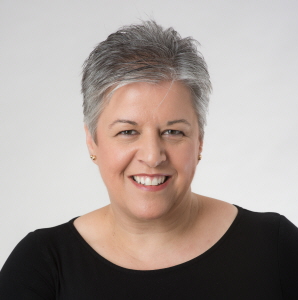 General Manager Asphalt Brett Aggregates LtdAfter 28 years in the quarrying industry (26 with John Wainwright, a year with Leith in Scotland, and just over a year with Brett), I can’t honestly say that things are changing as far as equal opportunities for men and women go. As a woman I’ve had to work hard to earn each new role within this industry, and it’s been a long hard slog. Even now, I still have to prove that I know what I’m talking about, and use charm to win people over.

Things are changing, slowly, but men and women need to work together to change attitudes as it would benefit us all. We need more women in the industry in order to broaden the perspectives. Women think more globally and have a different mind-set, for instance with regard to health and safety issues. You get more 360 degree thinking and harmony in groups made up of men and women. Especially among operational staff women are far too under-represented, and we have a long way to go.

I didn’t consciously choose to enter a male-dominated industry. When I left school I wanted to be a nurse, and just got an office job in the meantime. But I enjoyed the job and eventually had the chance to do accountancy training. I’ve mainly worked in the commercial side of the business, but in a former position I was also lucky enough to have a more operational role. And each role has prepared me for the job I do now as general manager.

Would I have progressed further or faster if I’d been a man? Who knows? I’m happy where I am and really enjoy my job in what I think is an exciting and interesting business where new types of products are being developed. I enjoy working with people and making a difference. 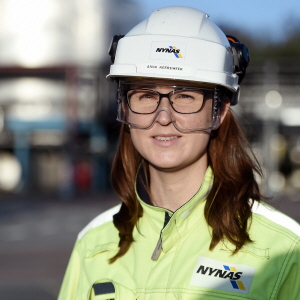 Site Manager Nynas Gothenburg Refinery
Ahe Nynas refinery in Gothenburg primarily manufactures bitumen. As Site Manager, it’s my responsibility to make sure that production takes place safely and efficiently. This responsibility includes drawing up strategic plans, setting goals and following up. Fortunately, so far in my professional career I’ve never been treated differently or worse because I’m a woman. Rather I’ve been appreciated for my competence and my personal qualities.

One contributing factor might be the relatively high number of women among engineers at our refineries. We do, however, find it difficult to recruit female operators. Many probably still think that it’s a physically demanding job, but this has changed thanks to automation. We now need operators who are skilled in the control room, who can see correlations and analyse different situations. This change may in due course lead to more female applicants.

One positive sign is that many female students want to take summer jobs with us while they’re studying. That can be a good way into the profession. I also believe that we need to cooperate the with upper secondary education programmes that are aimed at the industry. This is one way for women already in the profession to serve as role models for young girls.

I don’t believe in quotas though, the focus must always be on the individual’s competence. In a workplace with a relatively even gender distribution, it’s reasonable to expect that there’s less risk of women being treated less well, regardless of whether it involves being obstructed in their career or subjected to various kinds of harassment.