Full-depth refurbishment works on one of Cumbria’s busiest roads – the A66 at Crackenthorpe, west of Appleby, UK. Installation needed to take place within the shortest possible timescale and with minimal disruption to the general public. 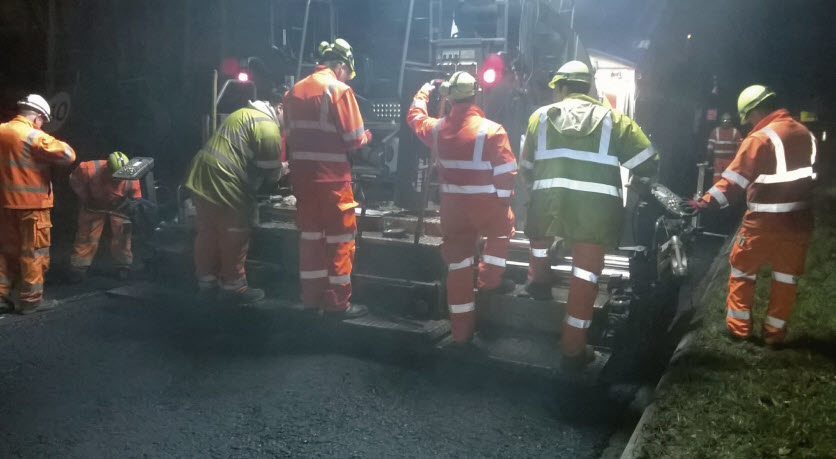 Carriageway closures were restricted to the hours between 22:00 and 08:00. During this time, the challenge was to lay two layers of base course at 90 mm each and a binder course of 70 mm, adding up to a total of 250 mm, plus a Tuffgrip thin surfacing of 40 mm. The team had to arrive at 19:30, carry out planing out and replacement work, and then get away in time for traffic to be running by the cut-off point the following morning.

The asphalt proved absolutely fit for purpose, and a second specialist product sourced from Nynas, Nytherm PMB 75, was also used for the 40mm thick Tuffgrip1) surface layer on the A66. This specially modified binder allows production of high-performance asphalt mixtures at lower temperatures, which display enhanced compactability in cold weather.