Nynas and Värmevärden have signed a new ten-year agreement to continue cooperation on the supply of steam to the Nynäshamn refinery as well as the recovery of residual heat. An investment in Värmevärden’s combined heat and power plant ensures a long-term contract to supply the refinery with process steam and process water. At the same time large amounts of residual heat from Nynas can continue to be utilised to the district heating network in the city of Nynäshamn. 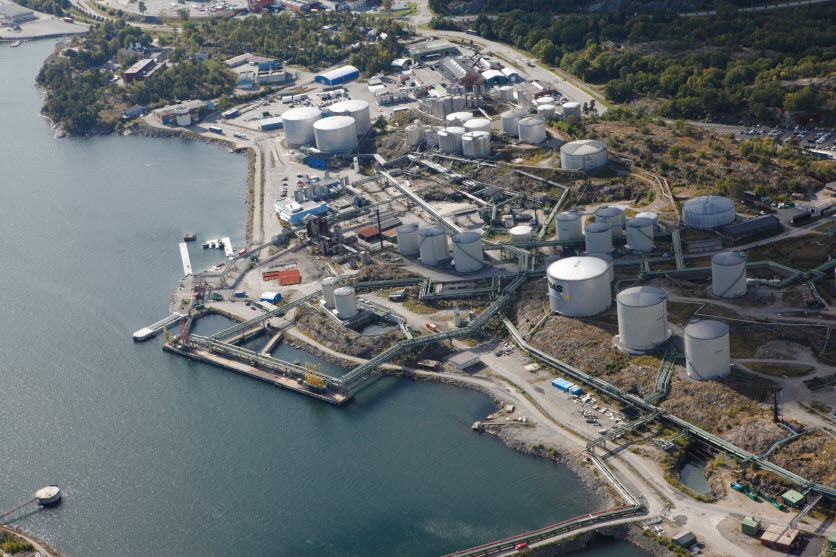 "The use of biofuel for a refinery is unique and the cooperation means environmental benefits for us and for the whole society, explains Cyril Thebault", Site Manager at the Nynäshamn refinery.

The new agreement means that a new plant for the purification of process water will be built with several environmental benefits as a result. In addition to energy efficiency improvements equal to half of the city of Nynäshamn's district heating, the consumption of city water also decreases by around 120 000 tonnes per year at the Nynas refinery.

"The new facility is expected to free up about 50% more residual heat than today, which means that we reduce the need for fuel, thus saving the earth's resources", explains Jonas Dyrke, Business Developer at Värmevärden.

The cooperation between Nynas and Värmevärden has been going on since 2004, when a joint project resulted in a modern energy solution with a biofuel-fired heat and power plant for electricity, steam and district heating production, combined with residual heat recovery from the refinery to the district heating network. Värmevärden's power plant in Nynäshamn supplies the Nynas refinery with 160 GWh of steam annually. Residual heat equivalent to 35 GWh is recycled, sufficient energy to heat 1.750 houses per year. The initiative has also resulted in reduced carbon emissions in Nynäshamn by 100 000 tonnes per year.