With higher growth than even China, most indications are that within 15 years India can become the world’s third-biggest economy. 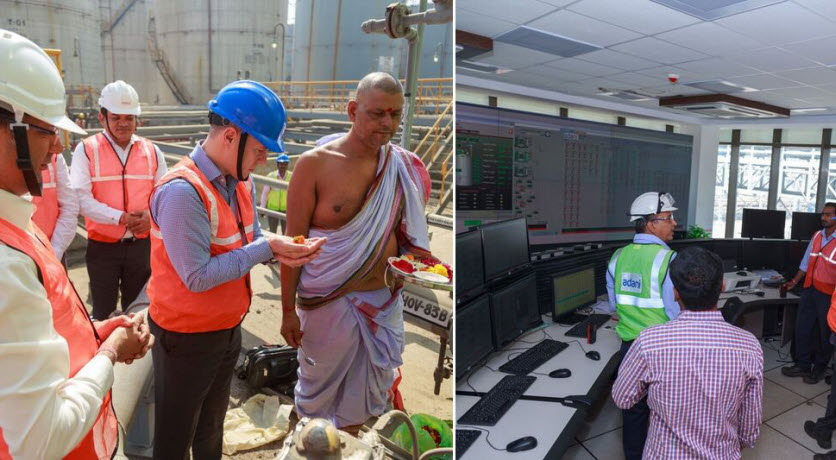 Nynas has had a presence in India since 2006 with a sales office in Mumbai, the country’s commercial centre. So what could be better than celebrating the tenth anniversary by opening a new depot?

The new depot is in Hazira, in the state of Gujarat on the western coast of the country. It is one of the fastest growing ports in India, well positioned to service the key industrial markets located in the northern as well as western parts of the country

“This is the first major onshore depot which, along with the inland depots in Mumbai, Pune and Chennai, will give a significant boost to Nynas’ logistical and supply capabilities in the world’s fastest growing economy,” said Arjun Lad, Area General Manager ME & India Sub-Continent.

“The opening of this depot will further enhance our commitment to our customers in the Indian market and further build on their trust by improving our service and supply and logistic capabilities. India is a key market for Nynas and we plan to further expand our footprint in this market with the help of this depot,” said Mr Day.

The entire Nynas India team was present during the inauguration. A traditional ‘puja’ was performed in the presence of Mr Day to mark an auspicious beginning for the new depot.

The first delivery will be made to Hazira in February 2017. The depot will then be fully operational at the end of the first quarter of 2017.