On the road to Arlanda with PMB

When binders that offer improved durability are used there is less need for maintenance actions and therefore less traffic jams. The use of PMB on stretches between Stockholm and Sweden’s largest airport, Arlanda makes it more likely that you will catch your flight. 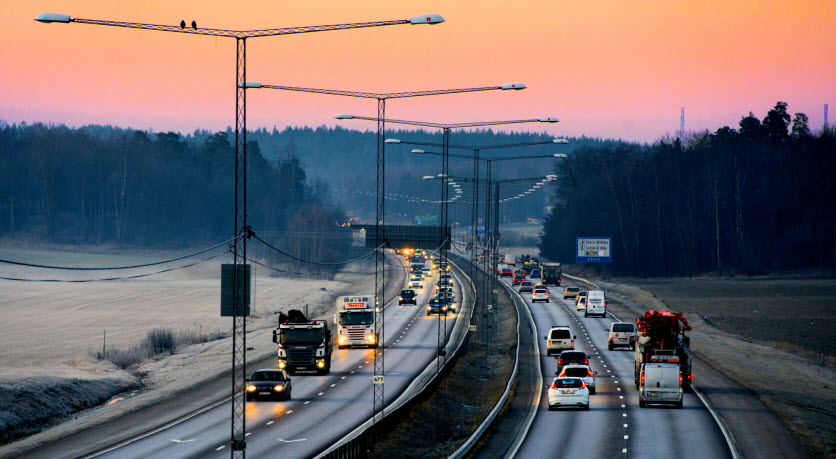 A number of studies have revealed the substantial differences in rut development between standard bitumen and modified bitumen (PMB). The predominant cause of rut development is abrasion from studded tyres in winter and the deformation of the pavement due to heavy traffic in the summer.

In 2010, the Swedish Transport Administration commissioned NCC to lay PMB (Nypol 73: 40/100-75) on the wearing course on a stretch of road between Stockholm and Arlanda Airport. Another polymer modified binder (Nypol 76-28), developed for airports, was tested on a shorter stretch of road.

"Results indicate that the Nypol 73 surface layers from 2010, have significantly less rut development than the earlier standard surface layer using 70/100. In broad terms, it equates to about a fifty percent reduction in the 2010-14 period, compared with 2005-09," says Bengt Sandman of Nynas Bitumen Technology.

Bengt Sandman mentions that the mineral aggregate used in 2010 was of somewhat higher quality in relation to the Nordic ball mill value, than that used in 2005. "This potentially explains some of the improvements, but not all."

And if we examine the stretch where the binder developed for airports was used?

"Here the results are even better, which reinforces the notion that PMB clearly provides superior durability in comparison to conventional coating, hence it is a cost-efficient alternative for heavy traffic and in varying temperatures."

This project is an excellent example of the benefit of the Swedish Transport Administration's open database PMSv3. Detailed information is available, which makes it possible to look up anything from vehicle traffic volume and the asphalt mix type used, to rut depth, road irregularities and other road conditions for a specific stretch of road.