Naphthenic base oils have long been used for metal cutting fluids on account of their good ability to dissolve lubricant-improving additives and their good emulsibility. In this article, we will discuss two further properties which are important when selecting a base oil for metalworking. In the first place, solubility of sulfur will be used to illustrate the higher solubility of additives in a naphthenic oil compared to a paraffinic oil. Moreover, the experiments that have been carried out show that the sulfur present in refined oils is not active as an additive to improve lubrication under extremely high pressure. The characteristic is above all important for rolling oils.

Another important property is better cooling ability which is dependent on the lower viscosity index that a naphthenic oil has.

Some end-users of straight rolling oils demand that the oil has a high sulfur content, between 1-2 percent sulfur, and in some cases higher. This demand is made so that the oil will have an EP function, it will prevent welding and pickup between plate and rollers when the pressure is so great that the actual oil is not capable of lubricating. One would think that Nynas naphthenic base oils could not be used in this connection since their sulfur content is low. The sulfur content in Nynas NS 30, for example, is less than 0.01 percent.

On the other hand, the requirement is sometimes that the sulfur content should be very low, so as not to cause discoloration of the rolled plate when it is heat-treated after rolling. The investigations we have carried out in the laboratory have shown that there is no problem in adapting Nynas naphthenic oils to meet both these demands.

We have investigated EP capacity for a number of different base oils without additives. They had a viscosity of between 20-30 mm/s and sulfur content between 0.01 and 1.3 percent. We used Shell’s 4-ball test to measure the EP function of the oil. The original sulfur content has obviously no effect at all on the EP function. Compare the paraffin base oil and the low-refined naphthenic oil with the T and NS qualities. This sulfur is thus not reactive but firmly fixed to the hydrocarbons in the oil.

The next experiment we conducted was to saturate the oils with elementary sulfur and then redo the 4-ball test. After an addition of elementary sulfur that is only dissolved in the oil, and not chemically fixed, the load ability increases considerably. The experiments show that the naphthenic oil can dissolve large amounts of sulfur, 1.3 percent for T22 compared to 0.6 percent for paraffin base, and thereby give a higher shear load than a paraffinic oil.

Another advantage with the solubility of naphthenic oils is that the oil gives good wetting of metal and thereby facilitates the transport of metal chips from the working area. This is an advantage in the case of, for example, deep hole drilling.

In certain applications, for example for straight roller oils, a low viscosity index is an advantage. The main gain is the better cooling capacity you get in the hot areas in the cutting. The warmer the oil gets, the lower the viscosity, and thereby the cooling capacity increases. Another advantage is that it can directly save costs arising with filtration of the oil. Often the temperature of the oil is raised before it goes to the filter installation to lower the oil's viscosity. Lower viscosity means quicker filtration. In other words, an oil with a low viscosity index doesn't need to be warmed as much as a paraffinic oil and thus does not incur such high heating costs.

Olle Livén, Nynas Naphthenics product development for base oils and metal working, has taken a closer look at the properties of naphthenic oil as a base oil for metal cutting fluids. 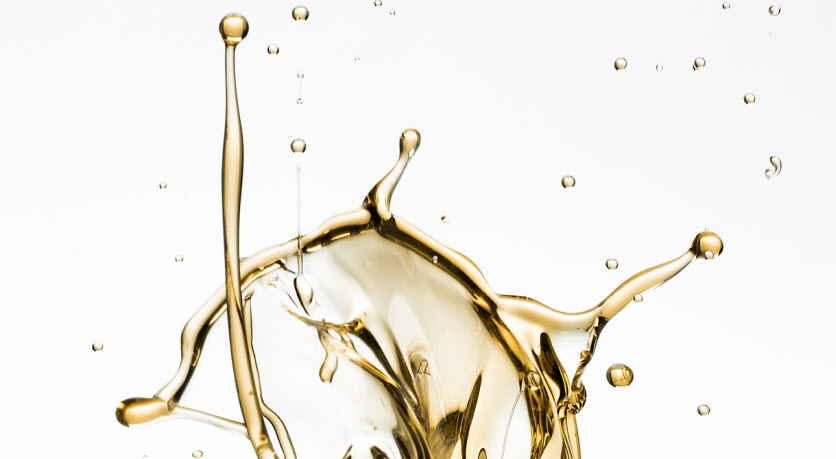 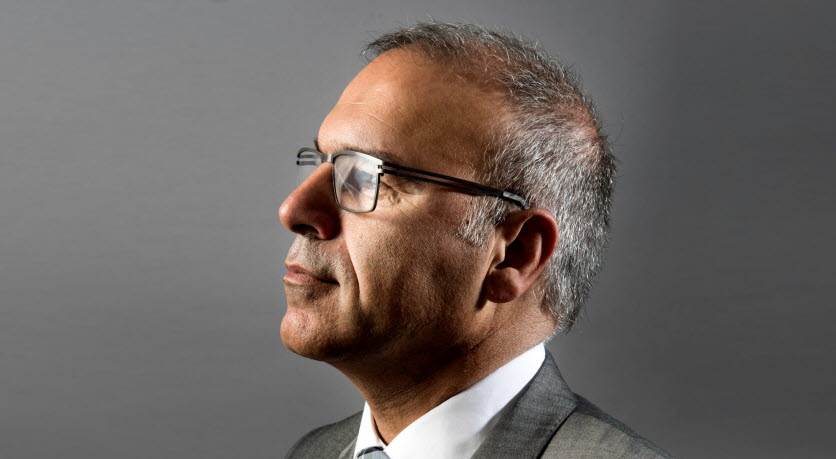 Having left his native Iran in 1979 to study in Sweden, Mehdi Fathi-Najafi first gained a degree in Chemical Engineering followed by a Licentiate in Engineering at Chalmers University of Technology in Gothenburg. He then worked in the grease industry before joining Nynas in 2008. The company’s Grease Lab is his brainchild. Read more about The brains of Nynas: Mehdi Fathi-Najafi