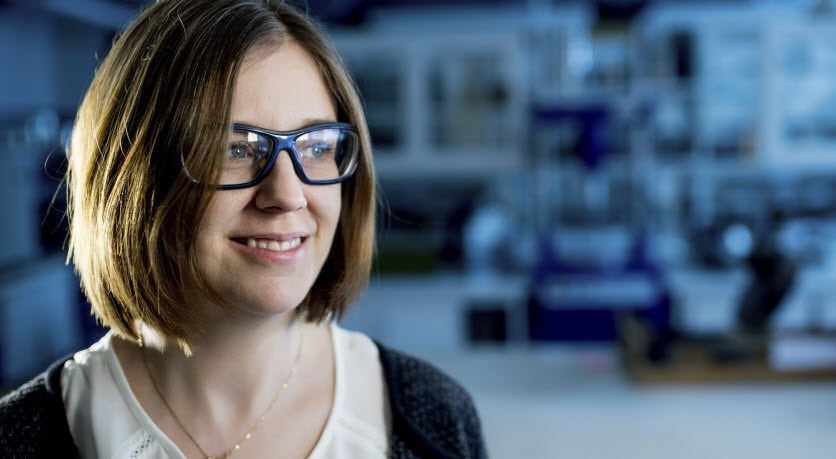 Information from the study of a cold mix asphalt pavement in Sweden that has been in place for 15 years provides invaluable insight into the durability of the material used.

Returning to roads paved with cold mix asphalt some 15 years earlier, a group of scientists were amazed to find that these asphalt surfaces were still in very good condition even after a decade and a half of service.

The results of the study that followed were presented in the form of a poster at the 6th Eurasphalt & Eurobitume Congress in Prague by Roger Lundberg from NCC Roads, Torbjörn Jacobson, Trafikverket, and Per Redelius and Jenny-Ann Östlund from Nynas.

The roads laid with cold mix asphalt still look surprisingly good, and a closer investigation of drill cores taken from the roads have confirmed that the surfaces are in good shape. In spite of a high void content in the asphalt, the condition of the asphalt pavement is still very good.

The study established that the hardening of the road surface, which normally builds up over time, had in fact occurred mainly during the first two years. In addition, tests carried out on the binder recovered from the drill cores indicated that the material had deteriorated only very little over the years.

Calculations also show that the energy consumption and carbon dioxide release during production and paving can be halved if cold mix asphalt is used instead of a conventional hot mix (see table).

The study also revealed that the type of mineral used in the asphalt blend has a significant impact on the breaking and curing rate and this gives valuable input into how the cold mix technology can improve even further. 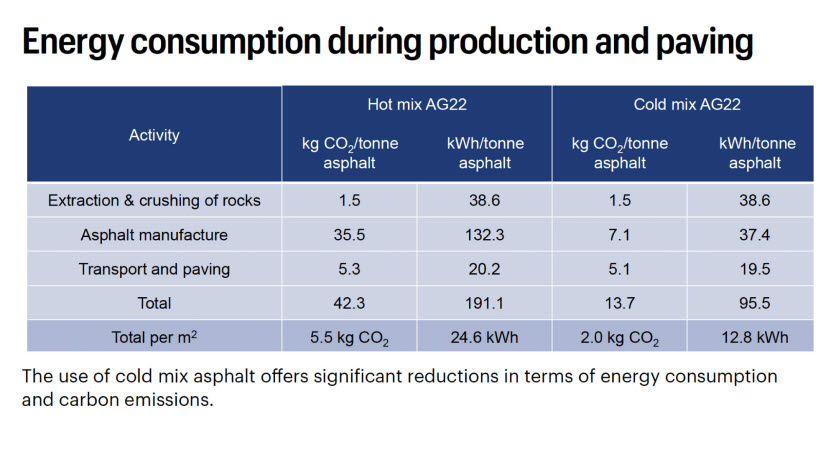