Industrial asphalt efficiency specification could help Highway Authorities to cut energy cost and carbon footprint of road building over the next 10 years. 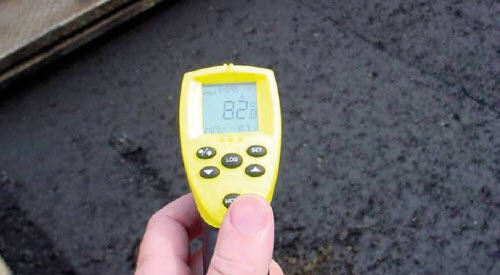 Recently, the Carbon Trust and Lafarge Tarmac announced the findings of a three year study to improve the carbon efficiency of the manufacture of road materials, which has the potential to save the UK road industry £46.2m in energy costs over the next ten years.

The project has lifted market barriers for the use of lower temperature asphalt used in road construction, which reduces energy costs, as well as cutting carbon emissions by up to 39%.  The conventional road material, commonly used across the UK, is made by bonding aggregates and bitumen into asphalt by heating them to temperatures of 180°C – 190°C.  This project successfully trialled the use of a ‘Low Temperature Asphalt’ (LTA) material, which allows mixing and working at lower temperatures.  It bonds road materials as effectively as the conventional method, but using much lower temperatures and less energy.

Jim Christie, Business Area Director at Nynas UK, said:
“Nynas has been developing low temperature technologies with its customers in Europe for over 20 years. We are proud to have continued our tradition by working with Lafarge Tarmac on this very successful and pioneering project."

The report follows a recent announcement by transport minister Robert Goodwill that £1.9bn will be invested in British roads in 2014. Efficiency is central to the Department for Transport’s ‘Action for Roads’ policy, which intends to generate efficiency savings of £2.6bn over the next 10 years.