A high performance steel slag-based asphalt is ensuring that St George’s Bridge in Doncaster maintains its role as the town centre’s crucial northern gateway - long into the future. 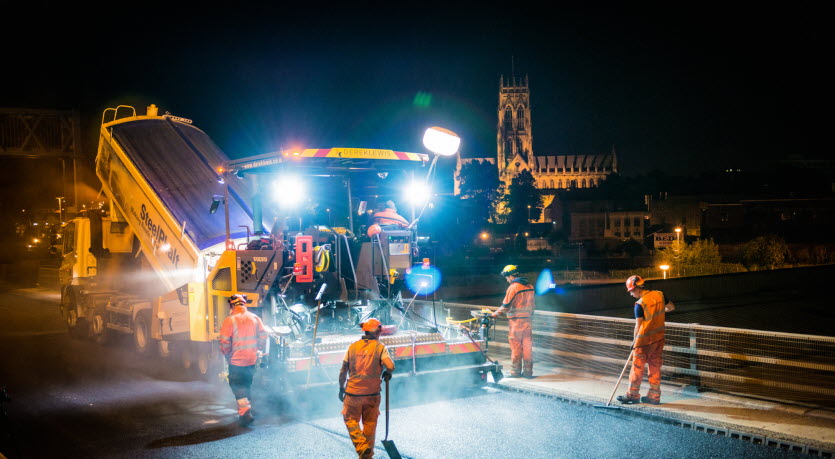 Doncaster’s A19 St George’s Bridge allows 44,000 vehicles a day to cross the East Coast Main Line, the River Don and the Don Navigation Canal, into and out of the town. Locally, it is a very important structure. This summer it is having its movement joints replaced and the local authority - Doncaster Council - opted also to dramatically change the bridge deck’s surfacing.

A decision was taken to move well away from the previous porous asphalt and go instead for a dense binder layer topped by a special thin surfacing that displays both enhanced durability and high resistance to skidding. The surfacing chosen, Steelflow, contains a very hard aggregate. The clue to this is in the name.

“Steelflow is a mixture of 6mm steel slag aggregate and a tough but very flexible polymer modified binder. The aggregate is slightly alkaline, the binder slightly acidic, an affinity for each other that helps produce an outstanding asphalt,” says the asphalt producer Steelphalt’s commercial manager Dean Raynor.

Steelphalt receives and processes steel slag from a number of steelworks, turning the material into a durable aggregate equivalent to stone with a PSV of 63.

“We’ve put a lot of work into developing our own proprietary asphalt products over time and Steelflow - with its sustainability credentials and high value - is gaining a good reputation here in South Yorkshire.”

St George’s Bridge represents the first use of Steelflow on a major elevated structure. Bitumen supplier Nynas assisted Steelphalt with the design of its product and confirms the suitability of the selected bitumen Nypol S89 for use in bridge surfacing. “Nypol S89 is one of our highest selling polymer modified binders: its characteristics suit an awful lot of mixtures and applications,” says Nynas asphalt engineering support consultant Jukka Laitinen. 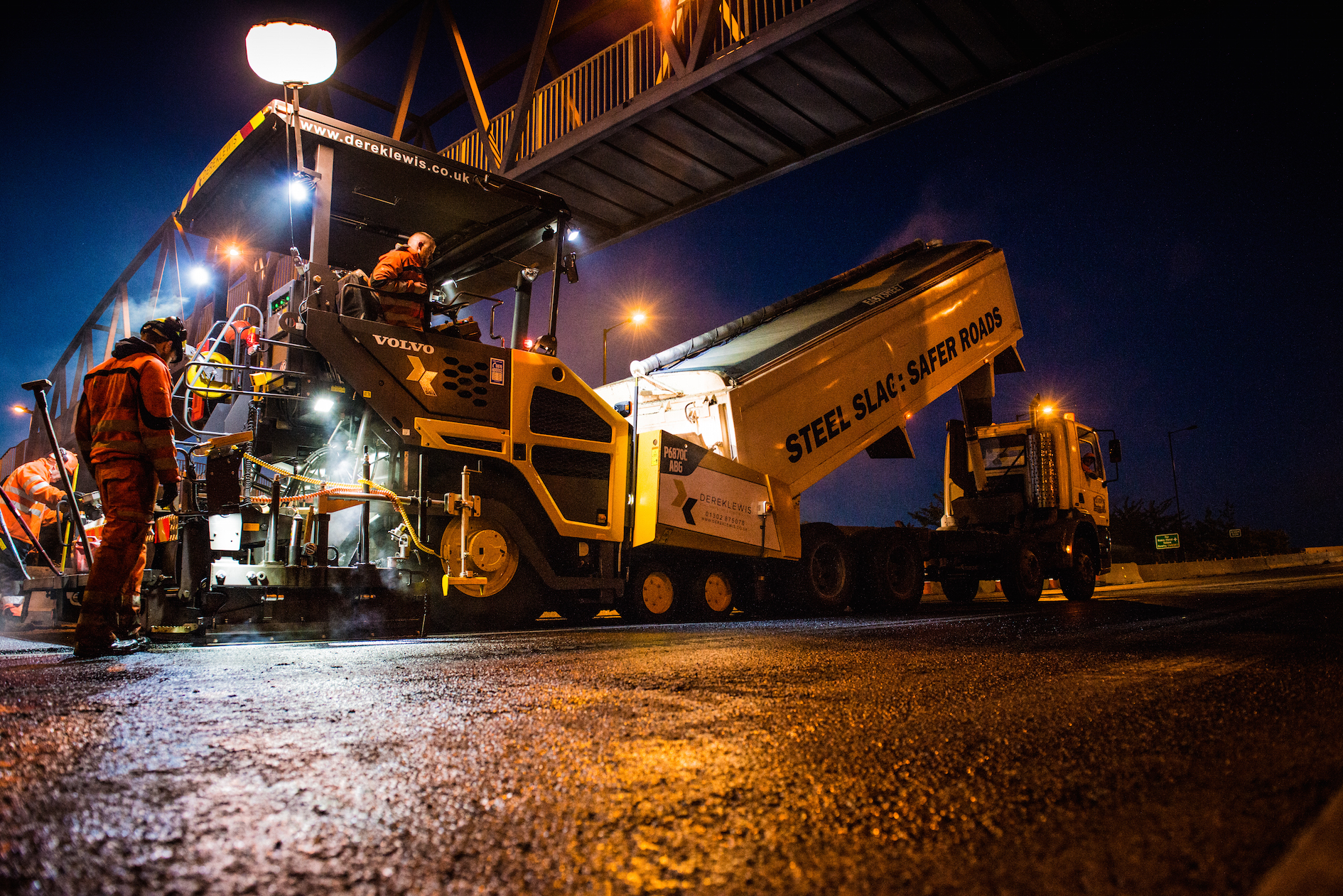