The choice of paving materials affects not only the useful life of a road, but also the environment. The temperature of the asphalt mix also plays a role in this context.

The Transport Administration in Sweden is gradually increasing the proportion of maintenance works using warm-mix asphalt (WMA) as a way of contributing to the Swedish climate policy for reduced greenhouse gas emissions. The WMA objective for 2017 is that 20 % of the planned projects that would otherwise have used hot-mix asphalt (HMA) will use WMA.

Carl Magnusson, Project Engineer at the Swedish Transport Administration explains that Dalarna in central Sweden is one of the regions that have made the most progress in this respect.

“At present around 90 % of hot-mix projects in Dalarna use WMA,” he says. “This means a temperature reduction of around 30 degrees compared with conventionally produced hot mixes.”

One of the projects using WMA that was completed this autumn is a 31 km section of the E45 between Johannisholm and Mora. The traffic intensity is around two thousand vehicles per day (AADT), with a relatively high proportion of heavy traffic.

“As there was relatively extensive rutting on the section in question, we laid the surface in two stages. First, localised repairs to create a suitably even surface, followed by a full covering of asphalt concrete (ABb),” says Mika Helin, Works Manager at the contracting company Lemminkäinen.

The consumption was around 90 kilos of asphalt mix per square metre, corresponding to a thickness of 40 mm. The use of Nytherm 125 – a binder developed for WMA applications – meant that the asphalt’s properties were not affected by the reduced production and compaction temperature.

“To guarantee the quality, we conducted laboratory tests both prior to and during the actual paving work,” continues Mika Helin. “This allowed us to confirm that there was no noticeable difference in quality when we lowered the temperature. Another advantage is that no fume was generated in connection with the paving process.”

The Transport Administration is planning to do a surface treatment on this section in the next two years.

“This autumn’s measure means that we now have a stable binder course. The upcoming treatment will give us good protection for the surface, and we don’t expect any major measures to be needed for the next 15–20 years,” concludes Carl Magnusson.

ReSolution makes it easier for Nynas’ customers to find products and solutions that can help them achieve sustainable performance and thus create added value. Our products give the customer the possibility to reduce temperature, reinforce durability and/or reuse material. 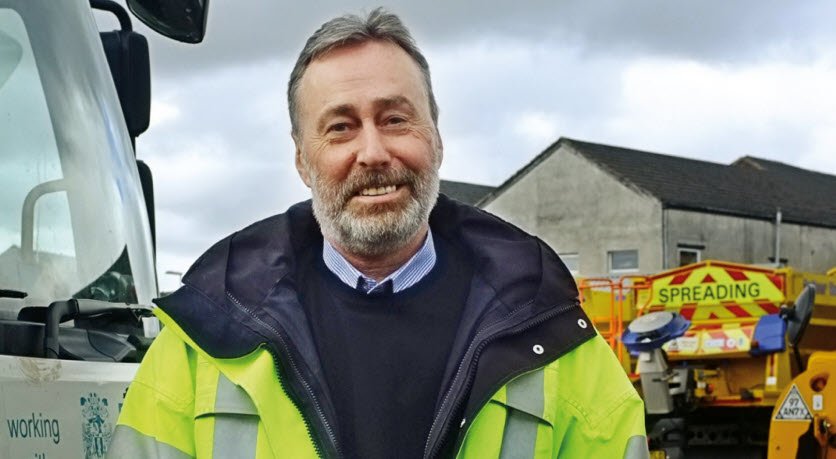 All municipalities have at least one section of road that constantly requires maintenance, surfaces that can never be satisfactorily repaired and are always on the waiting list for new measures. One such example is the junction of Pilsworth Road and Moss Hall Road in the English town of Rochdale.