Our knowledge of what actually happens when grease lubrication is used has increased dramatically in the last ten years. The latest research gives a new view on how to formulate grease to optimise its effect under different conditions, not least when it comes to adapting the grease to the temperature a machine operates at. 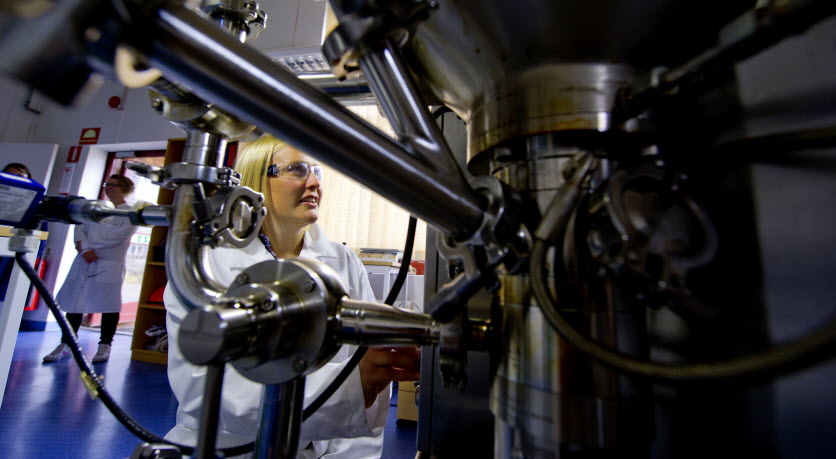 Our knowledge of what actually happens when grease lubrication is used has increased dramatically in the last ten years. The latest research gives a new view on how to formulate grease to optimise its effect under different conditions, not least when it comes to adapting the grease to the temperature a machine operates at. Professor Bo Jacobson of the Lund Institute of Technology is a researcher who was involved in initiating the COST 516 international research programme in tribology. Here, he explains more about the results of that research work.

The grease as carrier of the lubricant

If you read a ten-year-old instruction manual from, for example, SKF about the care of ball-bearings, you will be told that the grease is to be used in the same way as the base oil it contains. That is to say, it was considered that a grease used as a lubricant could be regarded as identical with its base oil.

This is not as far from the truth as it might at first appear, because, for the most part, it is only the oil in the grease that lubricates – although not always. However, the oil does not behave at all in the same way when it is contained in a lubricant grease as it does when used as a pure lubricant oil.

There is comprehensive research work under way to further our knowledge about lubricating with grease, an important part of which is being carried out under the auspices of the research programme called COST 516. The programme has participants from 22 countries, and each and every research project is conducted by institutions from at least two countries. In addition to grease lubrication, COST 516 also addresses the issues of wear and tear and surface deposits, as well as lubricants from renewable sources. The research within this programme has already considerably lifted the level of scientific knowledge in the field of tribology.

In order to understand how lubricant grease works, we should first define what lubricant grease is and what it does. Most people would say it is a lubricant and it lubricates. That, however, is not totally correct. A better definition is that the grease is a mechanical element with the function of acting as a carrier for the lubricant. At the risk of creating a certain amount of confusion, I should add that the grease sometimes actually also lubricates, but more about that later.

We will begin by looking at the oil’s bond to the thickening agent, which we will, for the sake of simplicity, assume is a metal soap. It emerges that the oil can be divided up into two components with different properties: base oil that was there during the cooking of the grease, and base oil that has been added afterwards to regulate the consistency.

Oil that is present during the cooking stage is bound much more strongly to the soap structure than oil which is added later. So if you cook a grease that is too thick, it should not be seen as a mistake to be adjusted afterwards. On the contrary. It is a procedure that in many cases is to be preferred. But chance should never be allowed to decide how and when the base oil is added.

If oil is added after the cooking, you cannot be certain that it will leave the soap structure at a suitable pace. It is a well known fact that the oil can bleed out too fast at high temperatures. There is a trend for modern machines to be constructed so they can operate at higher temperatures than old machines, so the lubrication industry has developed lubricant greases that can be used at increasingly high temperatures. An important step in this development was the emergence of lithium soap.

It is, of course, a good thing that there are greases that function at high temperatures. But it would be wrong to believe that these greases will also function well at low temperatures. On the contrary, they often function very badly. The high temperature greases do not generally release a single drop of oil at low temperatures. In fact the opposite happens, and they absorb the grease that has already been released. This results in the object that is to be lubricated – for example a ball-bearing – drying out. With the increased friction, the temperature rises, oil is released and the bearing is lubricated again: then it cools down and dries out again, resulting in an increased pace of wear and tear on the bearing.

With the knowledge that the base oil fulfils two different functions, it is logical to discuss whether we should use two different types of oil. It is an established fact that naphthenic oils give the best results for the actual cooking of the grease. But if it is only the oil that is used for dilution that is responsible for the lubrication, mightn’t it then be better to choose a paraffinic oil for this?

If, for example, you study what happens in the interface between a ball and the bearing in a ball-bearing, then you find that the oil that separates them is compressed at such a high pressure that it forms an amorphous structure, not unlike glass, for a very short time. The greater the tendency of the oil to change from a fluid to a solid form in this manner, the greater the friction. Paraffinic oil is better able than naphthenic oil to remain fluid under high pressure.

The question of whether to use naphthenic or paraffinic oil for dilution is, however, secondary if the grease is not available for lubrication. If the oil does not bleed out from the grease, then it does not give any lubricant effect at all.

The grease can be the lubricant

By way of introduction I mentioned that the grease can actually be the lubricant, not just the carrier of one. When the balls in a ball-bearing are pressed into and rolled over the grease, a layer of grease – normally 40 to 80 nanometres thick – stays on the balls. Even though the layer is thin, it lubricates for a relatively long time, with the exact length of time depending on the temperature and speed. When the layer has been exhausted, more oil must emerge from the grease that is in the bearing, so this type of lubrication functions only for a limited time.

40 nm may sound like a very thin layer, but a correctly functioning grease lubrication has big advantages over oil lubrication. The extremely thin film of oil gives considerably less energy loss than the very large amount of oil that is present in the case of oil lubrication. But the fact that grease is not mobile in the same way as lubricant oil makes grease-lubricated machinery parts sensitive systems. If the grease is scraped off, no more runs in. Grease, quite simply, tends to stay where you put it, and the elements contained in the grease only emerge under the right conditions.

The picture shows how the thickness of the oil film varies with the speed of rotation of the ball in a ball-bearing at two different temperatures, 60 degrees C and 25 degrees C. In both cases the thickness reduces with the speed of rotation; at 25 degrees to a very thin film. Picture reproduced from "Mechanisms of Grease Lubrication in Rolling Elements bearings", Philippa Cann, Senior Research Fellow and (A.A.) Ton Lubrecht, Professor.

Consulting engineer at SKF Engineering Research Center in Nieuwegein, the Netherlands, as well as associate professor at the Chalmers Institute of Technology and the University of Luleå. 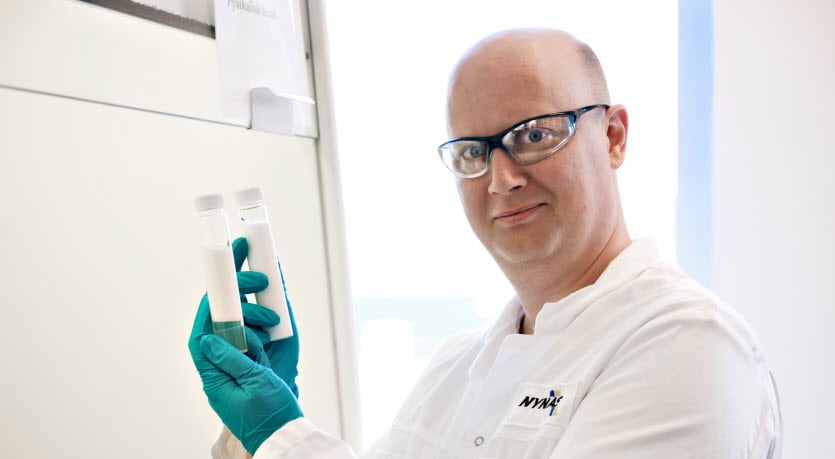