The E6, which is under the Swedish Transport Administration’s area of responsibility, apart from a small section that the City of Malmo manages, carries up to 40,000 vehicle movements per day on certain parts of the route. 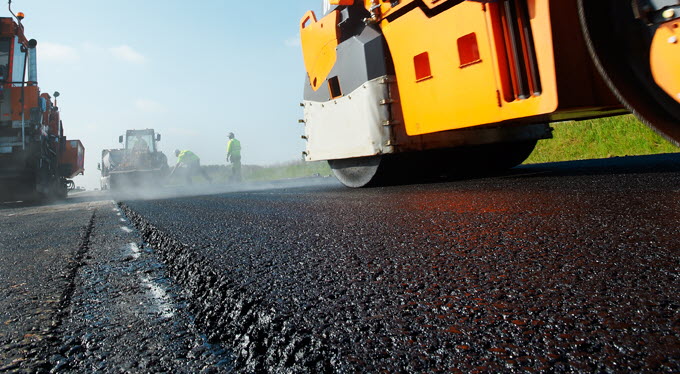 Nynas Endura F1 is a premium binder with a high degree of flexibility and good properties at low temperatures. Polymer modification provides very good durability, even when demands on the asphalt are higher than normal.

Reflective cracking: the expansion and contraction of the concrete over the surface joints in asphalt surfaces laid on old concrete roads is a well-documented problem.This has created major problems over the years on the E6 road to Malmö from Trelleborg. The E6, which is under the Swedish Transport Administration’s area of responsibility, apart from a small section that the City of Malmo manages, carries up to 40,000 vehicle movements per day on certain parts of the route. A few years ago, increasingly expensive maintenance costs meant that a more significant upgrade was required.

The alternative chosen by the City of Malmö was an asphalt with a relatively soft polymer-modified binder – Nynas Endura F1 – which makes the surface extremely flexible. Surfacing work was carried out by Skanska, who had tested the same method on other objects with good results. The strength of this concept is that the flexible surface is self-healing, as it adapts to movements in the body of the road. Nynas Endura F1 is therefore also suitable in other instance where a flexible solution is required with good durability.

Nynas Endura F1 has qualities that produce a quick restoration of the original viscosity after deformation. This means that you can have a relatively high binder content without the risk of separation. The E6 contract, covering 25,000 square metres in total, included both binding layer (60 mm) and surface course (20 mm). The binding layer consisted of conventional asphalt mass with a high proportion of polymer-modified binder. A thin-layer surface was laid on the top, also with polymer-modified binder, which meant that both the surfacing time and the volume of asphalt mass were halved. To achieve an optimal result, Skanska chose to reduce the tension in the concrete before the asphalt was laid. This was done by processing the concrete sections with a special piece of equipment borrowed from Germany to create a large number of very small cracks, which relieved the stress on the structure.

Download this information on how Nynas Endura F1 was used on the E6 road, Sweden, as a pdf.