To support grease manufacturers eager to diversify and move away from thickeners based on lithium hydroxide, Nynas’ grease specialists studied the behaviour of NYNAS® T 600 in aluminium complex grease and found it to be an excellent choice.

“As pressures grow on the availability and price of lithium hydroxide, an increasing number of grease manufacturers are looking for alternative thickener systems, for example by using aluminium-based soap,” says Nynas’ grease specialist and Senior Technical Advisor Mehdi Fathi-Najafi.

“However, this type of grease also needs some additives in order to improve certain behaviours, mainly relating to shear stability, low-temperature pumpability, and compatibility with other soap-based greases such as lithium and lithium complex greases,” explains Mehdi Fathi-Najafi.

In order to find the best possible balance between these strengths and weaknesses, Nynas in cooperation with MOL Lub Ltd. conducted a study comparing the behaviour and suitability of NYNAS® T 600 and Bright stock (BS) in aluminium complex greases.

“We found that NYNAS® T 600 offers an excellent choice for this type of formulation. A better thickening effect as well as improved low-temperature flowability and resistance to water were among the benefits we were able to demonstrate,” says Mehdi Fathi-Najafi.

In the comparative study, four different greases were produced based on different base oils, see table. The consistency of the greases revealed that when NYNAS® T 600 was used, the thickening effect improved significantly.

Aluminium complex greases generally show good resistance to water. Hence, all greases performed very well in the static water spray-off test. However, in the dynamic water wash out test, the greases based on NYNAS® T 600 (B and C) showed a more than 65 per cent better result.

• The current increase in lithium-based applications, especially within the battery industry, raises concerns for grease manufacturers regarding the price volatility of lithium hydroxide. The industry is vulnerable as more than 70 percent of its global production is still based on lithium hydroxide thickener systems.

• Diversification into greases with alternative thickeners is increasingly seen as a way of mitigating the risk, and aluminium offers one such alternative. 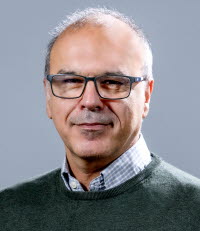