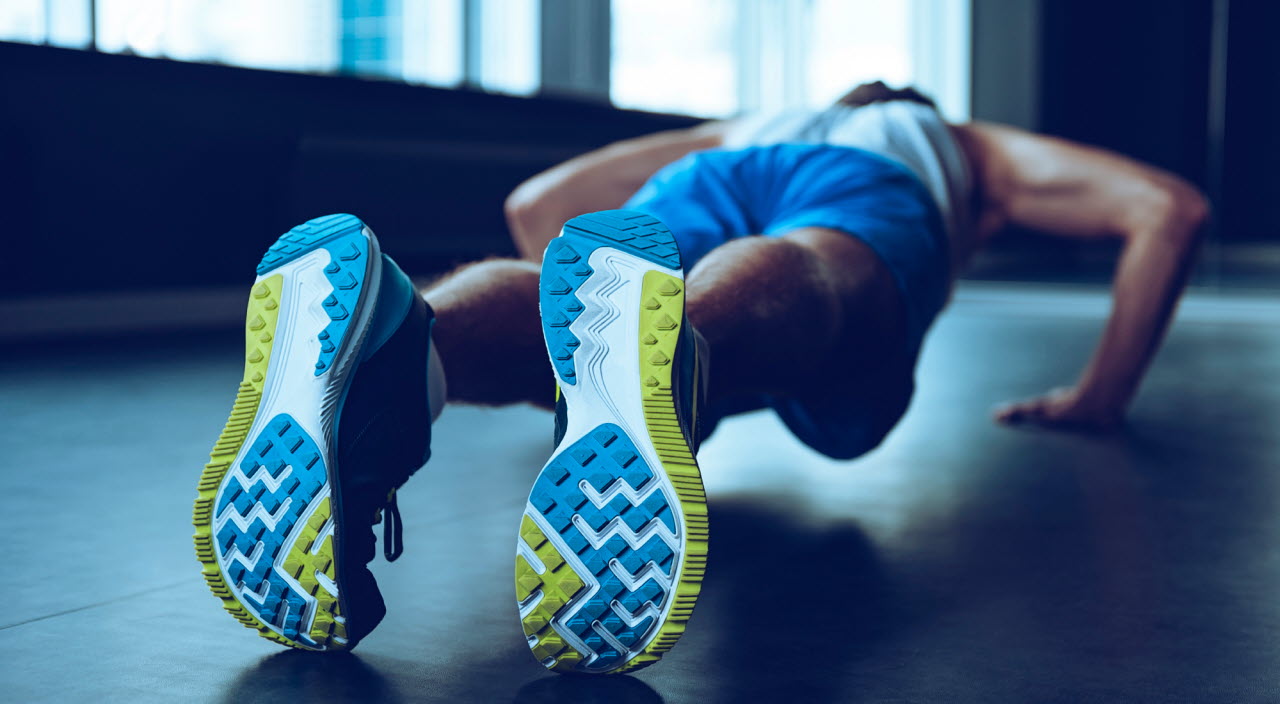 Robins Lin is General Manager at the factory which is located in Guang Zhou in southern China.
"The great challenge for us lies in constantly adapting to to new demands and in keeping one step ahead of the competition."

"We are an Original Equipment Manufacturer (OEM), and we supply almost all the big well-known shoe manufacturers," declares Robins Lin. "Our customers include Timberland, Fila, Nike, Dexter, Diesel and Hush Puppies."

Apart from the actual production of the shoe soles, the development of new materials is often included in YSPPM's contract assignments.

"The customers give us a specification, a requirement, and then it is up to us to solve it for them," he says. "Take, for example, Hush Puppies. A pair of their shoes costs around USD 110. Their requirements include, for example, a transparent design on the shoe sole; they use this transparency as a sales argument in their advertising. Moreover they have high demands on the ability of the soles to withstand bending many times without breaking. It is known as bending resistance. Normally a sole is wanted that can handle bending 100,000 times without breaking, but Hush Puppies demand soles that can be bent 500,000 times."

"In the factory there's a machine, bending and testing shoe soles around the clock. It takes about 76 hours to bend them 100,000 times," he says.

"If the shoe manufacturer has special requirements, we have to fulfil them, its as simple as that," adds Stephen Huang, the Production Manager.

"The most important part is the material," he says. "There's a constant demand for soles to be lighter and increasingly hard-wearing. And we are the ones responsible for developing what the customers want. The market, quite simply, constantly demands newer and better material."

A recipe for TPR generally contains SBS (styrene butadine styrene), polystyrene, oil, calcium carbonate and silica. Every shoe sole has its own unique recipe. So when asked how many recipes they work with Stephen Huang laughs and replies: "Too many!"

The materials included in the recipes are kneaded and heat-treated. After that the mixture is tipped into a mould, cooled, and the sole is ready.

"But," says Robins Lin, "I want to stress that we too are anxious to constantly work on the development of materials. If we can keep at the forefront of development we will have new business opportunities and be able to win market share. In addition to the competition with other foreign companies, the local Chinese companies are becoming increasingly competitive. So if we are to keep one step ahead we must have more value added products."

One of the company's products is an anti-static white shoe with a white sole, for a semiconductor factory. "The manufacturer works with a very special and sensitive material that must not become electrically charged," says Robins Lin, "and that's why the employees have to wear these specially developed shoes."

When a sole must be light or transparent YSPPM uses naphthenic oils in its recipes. "With naphthenic oils, supplied by Nynas Naphthenics among others, the sole becomes more hard-wearing," says Stephen Huang. "Moreover, it has better bending resistance. And in our experience shoe soles made with naphthenic oil smell better."

"But aromatic oils are actually cheaper, he continues, and it is also up to the customers what oil they want to use." "This is a mature industry, and most makers work in similar ways and with the same materials, so the margins are small. We have to constantly chase costs, so when quality demands are lower we use aromatic oils."

"As an OEM-factory we must constantly follow the market trends. If we can manage that then our future is bright," he says. "But shoes are a fashion product, so it is impossible to predict trends even one year ahead; that makes it difficult for us to plan our operations," he goes on.

"We have to focus hard on what we are doing now. We have developed a system for flexibility in our production with a network of sub-contractors for big orders that have to be completed in a short time."

That YSPPM has chosen to locate its production in China has a simple explanation, says Robins Lin. "We supply our products to shoe factories that have set up in China because of the low labour and production costs. So in order for us to be able to cope with the competition and be close to our customers, and have short lead-times, we followed. Most shoe manufacturers that we supply to are within a 100 kilometre radius."

YSPPM currently only sells small volumes for use in the domestic Chinese market. "But we haven't made any great efforts in the domestic market; and instead we have focussed on exporting companies," he says. "Today, with our existing production capacity, we cannot even satisfy the demand from the exporting companies. So if we were to start manufacture for the domestic Chinese market we would have to build a new factory, and that is not something we are planning to do at the moment."

But China is a country that is developing strongly, and as earnings increase there is an increasing number of people who want to buy designer products, and are consequently willing to pay more for their shoes. China's admission to the WTO also means that the country has to open its borders and this will give all foreign companies greater opportunities to do business in the Chinese market.

"That's why we have great confidence in the Chinese market," says Robins Lin. "I believe that in ten years China, with its 1.3 billion inhabitants, will be the world's biggest single market. And with the economic development we have seen in recent years, the business opportunities are going to grow too."

All tyre and rubber oils

Nynas tyre and rubber oils are designed to meet just about any demands.

Here you will find a selection of our tyre and rubber oils based on their key characteristics, including viscosity. For more information on each product, simply download the relevant Product and Safety Data Sheets. See all products