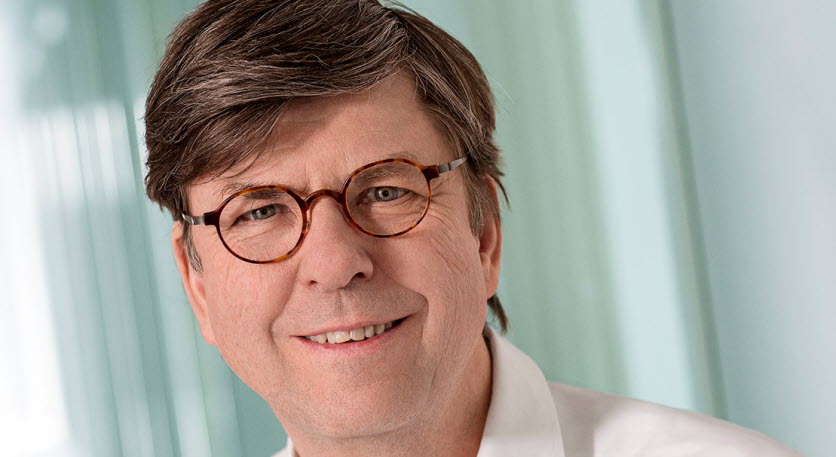 The civil engineering industry is pressing for a new Danish infrastructure plan. Many major projects, which will benefit both Denmark and Europe, are dependant on such a plan. Anders Hundahl explains more.

A new government took over in Denmark this June, and a ten-year infrastructure plan appears to be on the way. The plan is expected to include a number of wide-ranging road projects that aim to improve the road network through Jutland and the main Danish islands.

Anders Hundahl is CEO of Asfaltindustrien, a post he has held for ten years. Asfaltindustrien is an important industry organisation that works in a strategic, targeted way to achieve better roads and infrastructure in Denmark.The projects include a number of strategically important sections of motorway, which will make Denmark better connected, as well as improving the connection between Scandinavia, Germany and Europe and preventing queues and waiting times in Denmark.

“I expect to see an infrastructure plan, with a funding budget of at least EUR 10 billion, which will last until 2030. Denmark needs to plan investments in the transport network in the longer term, like Norway and Sweden do. This is significant for Denmark as a society, but also for the Europe of which we are a part.”

These are the words of Anders Hundahl, who has spent ten years working purposefully on long-term Danish infrastructure plans in his role as CEO of the industry association Asfaltindustrien. He views good infrastructure and good roads as an important element of growth and connectivity.

“In the cities we can use the metro. Between the major European cities we can fly, sail or take the train, but the roads are still the primary form of transport in the many expansive areas of the country here in Denmark and in other European countries. It’s all about connecting our society. This is why roads must be prioritised.”

Anders Hundahl points out that infrastructure is expensive to build and maintain, but it is more expensive to do nothing. Good infrastructure lays the foundation for growth, and roads with potholes are two to three times as expensive to maintain. A plan that brings everything together will combat delays and result in greater predictability for asphalt producers, suppliers and not least of all employees, while at the same time benefiting the climate.

Major Danish projects on the wayHere are some of the Danish civil engineering projects that are expected to be included in a future infrastructure plan:
■ Extension of the Hillerød motorway
■ Completion of the Frederikssund motorway
■ Expansion of the Funen motorway
■ A third Limfjord connection ■ Expansion of the E45 down through Jutland“Our industry looks after a group of asphalt workers, who with long-term planning can better maintain their foothold in the labour market. It makes better economic sense for us and for society to train them when we know the level of activity and employment for a number of years into the future. At the same time we avoid the stop-and-go policy that is so senseless and expensive in relation to machines and factories.”

Public transport is also expected to get a boost under the new government. Furthermore, Anders Hundahl believes more money to be allocated to the fund that supports noise-reducing measures on national roads.

“We're working really hard to prevent the plan from being delayed because the new government, for natural reasons, wishes to discuss it with its parliamentary base. Denmark has the money, and roads have to be built under all circumstances.”

Net sales of asphalt and thereby bitumen fell in Denmark in 2018 compared with 2017. Fortunately, the slight increase in municipal investments is supporting the market. The private market for asphalt is also growing.

“We’re also hoping for progress in the products for the reuse of asphalt, pavements with low rolling resistance and pavements designed with wet weather protection. Road asphalt is an important part of the solution to the climate challenges,” says Anders Hundahl.