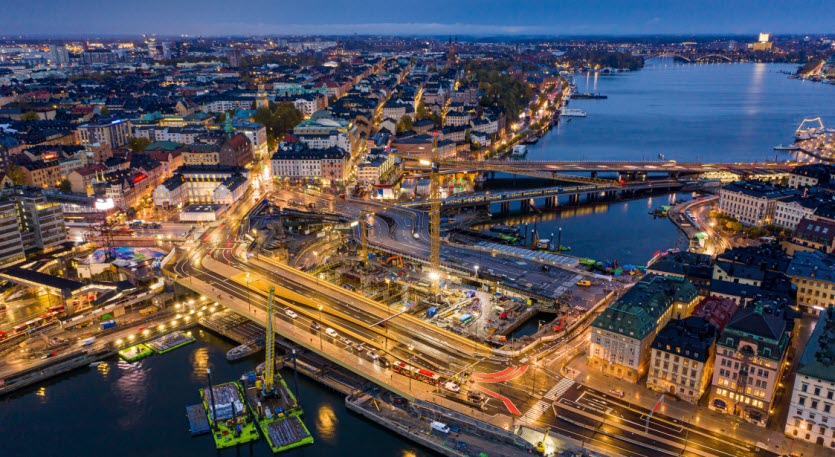 ChallengeSurfacing a new bridge on which the asphalt has to both withstand deformation and protect the underlying steel structure.

One of the most spectacular features of this extensive modernisation programme, which is expected to cost almost 1.6 billion euros, is the steel bridge that was officially opened in October 2020. The new bridge — popularly known as The Golden Bridge — is 140 m long and 45 m wide, with eight lanes as well as footpaths and cycle lanes.

Solution Mastic asphalt with Nynas Endura N7 as protective and binder course, as well as a polymer modified asphalt in the surface course.

Result A flexible pavement with good wear resistance and a long useful life.