Retro-filling with gas-to-liquids (GTL) oil might cause problems with leaks in transformers previously filled with naphthenic oil. That is what Nynas scientists found when conducting an investigative study following customer reports about transformer leaks.

“We were made aware of reports from customers that they had experienced significant leaks when retro-filling transformers with GTL,” says Robert Fairholm, Development Engineer at Nynas Naphthenics section for Electrical Industry Technical Development and Market Support.

Despite assurances from the manufacturer that the compatibility between GTL fluids and typical sealants used in transformers was not an issue, Nynas decided to dig a little deeper.

“We thought it might be worth taking a closer look at the the performance of different transformer oils to see if we could identify what had caused the leaks,” he says.

As nitrile rubber (NBR) is the most commonly used elastomer material in transformers, a comparative study was devised in which four different NBR based elastomers were immersed in either GTL or one of Nynas naphthenic transformer oils, NYTRO® 10XN. The study showed that the naphthenic oil resulted in a higher degree of elastomer swelling than the GTL oil.

However, as none of the elastomers shrank after treatment with GTL, the oil’s poorer swelling performance was not in itself enough to explain the leaks. To reflect the fact that the leaking transformers had previously been filled with naphthenic transformer oil, the investigation continued with the test pieces originally treated with naphthenic oil then being placed in GTL oil.

“All the different NBR materials shrank when the elastomer was first equilibrated with the naphthenic oil and then with GTL. This phenomenon would explain the leaks experienced by some customers, in particular if, following retro-filling with GTL, bolted joints are not tightened correctly or in cases where sufficient tightening is not possible due to imperfectly fitting joints,” says Fairholm. 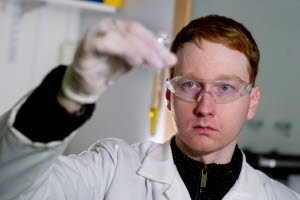 Robert Fairholm works as a Development Engineer with special focus on the Electrical industry. He has a BSc Honours degree in molecular science from Liverpool John Moores University and has previously worked for Bookham Technology (now Oclaro) and Cranfield University. He joined Nynas in 2007. 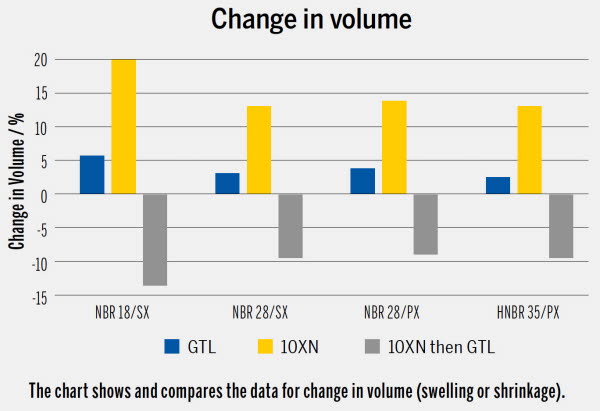 Test pieces of four different NBR based elastomers were cut into squares of around 30mm, and placed in beakers containing two different test oils, GTL and a naphthenic oil (NYTRO® 10XN).

The mass, density and hardness properties of each elastomer piece were measured before and after these were immersed in oil, in an experimental setup based on the standard test method ASTM D3455. Some elastomer test pieces were also tested and measured after first being equilibrated with 10XN and then with GTL (10XN then GTL).

The results demonstrate the superior swelling achieved with the naphthenic oil. The shrinkage of elastomers first equilibrated with 10NX and then GTL is also clearly evidenced, providing an explanation for leak issues following retro-filling. 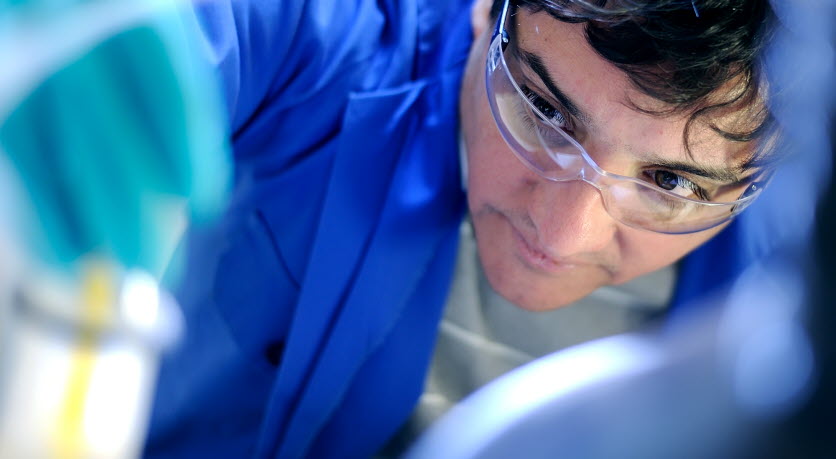 Welcome to our archive of technical articles. If you are interested in learning and enjoy reading lengthy technical articles – and curious to discover what we know – you could spend hours in this section of the website. Visit the Knowledge tank.