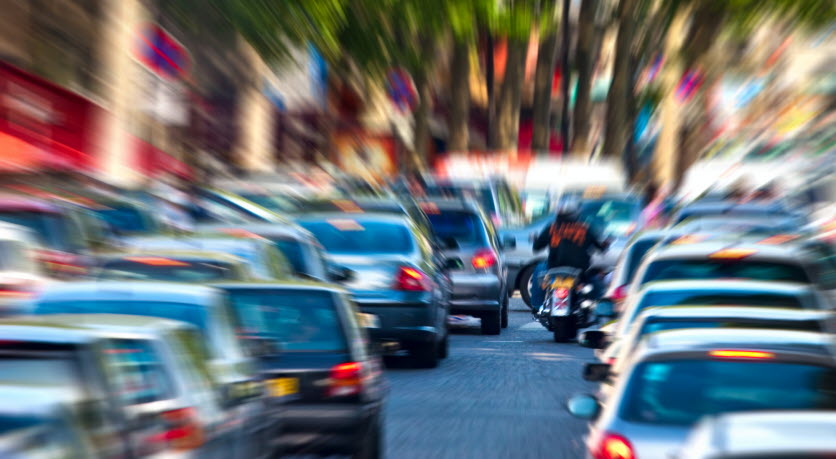 Thanks to a specially designed method, it’s now possible to allow traffic back onto the road without major restrictions several days earlier than usual following surface dressing works.

There are many aspects to consider in connection with roadworks, including the needs of road users to get where they are going. At peak periods it’s not unusual for long queues to form, which can cause driver frustration. Queuing traffic also uses more fuel and generates more CO2 emissions than smooth flowing traffic. Traffic delays are expensive. Directly due to lost time, reduced productivity and increased fuel usage. Indirectly through increased health and safety risks both to road users and road workers and the impact on the environment due to increased emissions.

This is also the case in connection with surface dressing, a rapid, cost-efficient surface maintenance treatment used to repair failing road surfaces. Put simply, surface dressing work involves a layer of stone being attached to the existing road surface using a bitumen emulsion in order to restore surface properties such as skid-resistance and waterproofing.

One difficulty in this context is that there is usually a need for significant speed restrictions in the days immediately after completion of this work. This problem can be reduced with the aid of a bitumen emulsion that Nynas has developed. The emulsion is particularly effective if combined with two layers instead of a single layer of stone. This is because the stones in the two layers have different dimensions and therefore sit tightly together and are then held effectively in place thanks to the fact that the emulsion contains polymers.

The result is that you can clear the carriageway and allow traffic back onto the road without major restrictions the day after surfacing work has been completed. The normal procedure otherwise for surface dressing work is relatively strict speed restrictions for several days in order to ensure effective adhesion build-up, which minimises the potential for loose chippings and subsequent damage to the new surface and vehicles.