2020 was a year like no other. Beyond the face masks, social distancing and working from home, the economy took a dive. These unprecedented events coincided with an ongoing restructuring of the refining industry, which will have a lasting effect on the production of tyres and rubber. 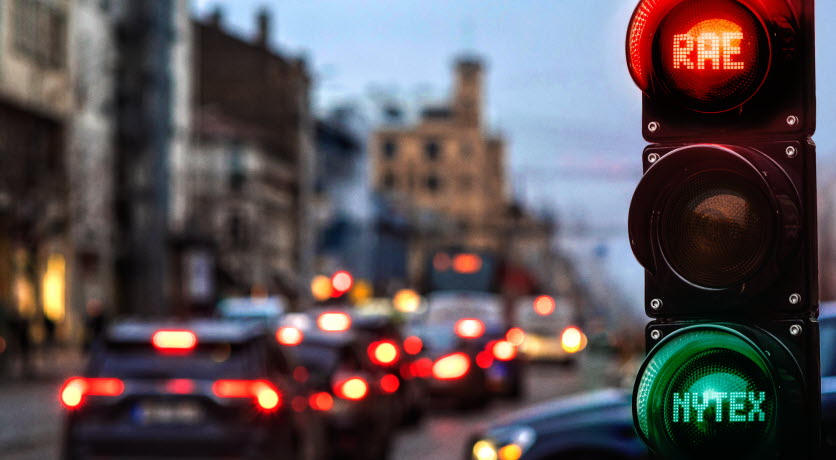 Vaccines being rolled out globally brings hope that we will soon be able to put the crisis behind us. But there are things that will not return to the old normal, including the sales and manufacturing of base oils.

“The refinery industry has been in a restructuring phase for many years, with so-called Group I base oil plants gradually being rationalised,” says Dr Herbert Fruhmann, Market Manager Tyres at Nynas, a leading global supplier of naphthenic speciality oils. “This shift has a significant impact on the production of tyres and rubber, which commonly includes side-stream products from Group I refineries.”

When it comes to plasticizing rubber, by and large the base oil refining industry can be divided into paraffinic and naphthenic solutions. The former include Group I base oils (SN 100, SN 500 or Brightstock), which are widely used in rubber applications, as well as derivatives such as TDAE, RAE and SRAE, which are common in tyre applications. Furthermore, large volumes of Group II base oils (e.g. highly refined N 600) end up in EPDM applications, while naphthenic solutions are used in all of the above applications.

“It´s important to understand that even though the difference seems to be in the chemistry of the base oils, the base oil plants are very different as well – highly distinctive processes are applied and different types of reactors used,” notes Dr Fruhmann.

Figure 1: Base oil definition by the American Petroleum Institute (API)

The biggest driver of the base oil market by far is the automotive segment, with motor oils representing more than 40% of global demand. In recent years, there has been a trend away from Group I towards Group II and III base oils, driven by a need for base oils that support more efficient engines.Figure 1: Base oil definition by the American Petroleum Institute (API)

In 2011, Group I represented about 57% of base oil production capacity (in absolute numbers the nameplate capacity was approximately 27 million MT), a figure that had dropped to 37% in 2019 (nameplate capacity now down to approximately 23 million MT). The capacity reduction has since been further driven by the International Maritime Organization’s new regulation, which lowered the global upper limit on the sulphur content of ship fuel from 3.5% to 0.5%.

What does reduced Group I capacity mean for the plasticizing of rubber goods and tyres?

“Firstly, one must keep in mind that there is no single plasticizing oil that fits all types of rubber, as the differences in properties such as the polarity of the polymers are simply too large and the applications too wide-ranging,” notes Dr Fruhmann.

The Group I base oil side-stream known as Distillate Aromatic Extracts (DAE) was extensively used in tyres until 2010. While still used in certain regions of the world, the EU ban on highly aromatic oils in tyres resulted in the development of low PAH content alternatives such as TDAE, SRAE and RAE. The common denominator for all these oils is their low content of a specified list of polyaromatic hydrocarbons, as prescribed by the EU in 2010 and by Brazil in 2016.

“However, from a refiner’s perspective these grades are still a way of upgrading refining side-streams from Group I base oil production, albeit in compliance with EU tyre oil legislation. The logic is that those products represent only a small fraction of the overall economy of the refinery,” says Dr Fruhmann, adding that naphthenic base and rubber oils have been compliant with EU tyre oil legislation for a long time.

While the EU was specifically targeting the oils for tyres in 2010, rubber is regulated by the REACH regime, which is aimed indirectly at plasticizing oils, as the limits on polyaromatics apply to the finished formulation and product. For EPDM-based rubber solutions, there are typically more plasticizing options available than for tyres – ranging from Group I oils or a product called Brightstock to Group II and naphthenic oils.

Tyre and rubber after Covid-19

The Covid-19 pandemic led to significantly reduced fuel demand globally and in turn lower utilization rates at fuel refineries. Most of the base oil refineries are add-ons, sharing processing units and depending on the operations of the fuel refineries. Combined with a plummeting demand for lubricants and actual base oils, this led to reduced operating rates in the refineries and will ultimately lead to lower availability of Group I base oils, as well as the grades that are derivatives of these, such as TDAE, RAE and SRAE.

“In early 2021, we have seen Group I refiners in Europe, Singapore and Japan announcing closures, although in most cases allowing customers some time to find replacements or formulate different solutions. Calls for a green post-Covid recovery are putting additional pressure on Group I base oil plants, and refinery closures are expected to continue,” says Herbert Fruhmann.

For the tyre industry, Group I plants going off stream is bad news, as there are no suitable alternatives available for the industry from Group II and III production. EPDM-based rubber solutions, on the other hand, are able to find some options from Group II plasticizers.

Naphthenic refiners like Nynas have suffered less. In contrast to most paraffinic base oil refineries (Group I/II/III), the company’s base oil plants in Nynäshamn and Hamburg are stand-alone operations and not add-ons to larger fuel refineries. They have also seen recent growth in applications such as transformer oils, greases and, not least, plasticizing oils in the tyre and rubber industry.

“This has enabled us to continue working to expand and improve our offering of high-performance products for the tyre and rubber industry,” notes Dr Fruhmann.

As the tyre and rubber industry is also moving towards more sustainable products, plasticizers made from renewable sources are attracting more attention. Most tyre companies have already started moving in this direction. One interesting product in this context is NYTEX® BIO 6200, Nynas’ first tyre and rubber oil that is produced using renewable feedstock.

“It delivers the superior quality and high performance of all our tyre and rubber oils, including reduced rolling resistance, complies with all prevailing legislations and is highly compatible with natural rubber, E-SBR, S-SBR and f-S-SBR formulations.”

According to Herbert Fruhmann, tyre and rubber companies are in the process of taking a close look at the robustness of their supply chains, some of them reconsidering global and regional approaches.

“Now is certainly the right time for the industry to look into the commitment, future plans and exposures of their suppliers,” he concludes.