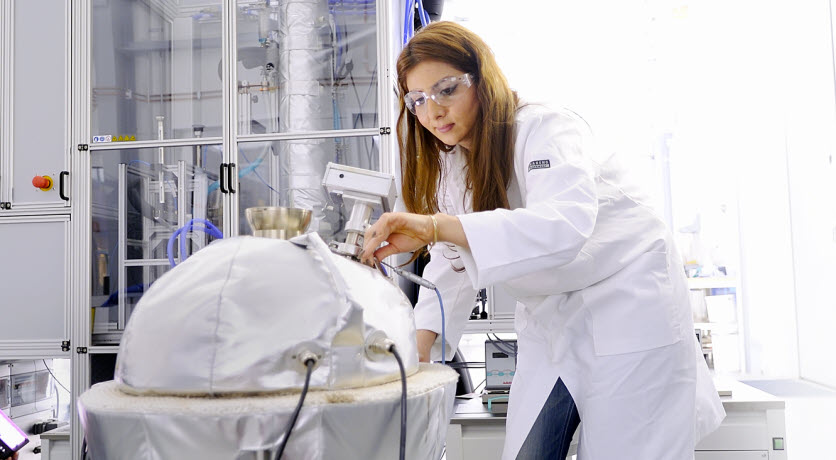 Today, we (and our customers) know a lot more about product safety than we did, say, 20 years ago. That knowledge is reflected in ever safer solutions.

As a society, we are well informed today. This trend will only grow stronger, and the legislation reflecting it more draconian. Our naphthenic grades are not classified as carcinogenic, allowing them to replace, for example high aromatic oils in tyres. Another application on the horizon is using naphthenic oil as a plasticizer in PVC; the phtalates used today are environmentally unsuitable. If this were successful, it would open up a new global market for Nynas.

The road to lower CO2 emissions is paved with Nynas

Traditionally, asphalt is mixed at 160°C, which is not only exceedingly energy-consuming, but also generates bitumen fumes. To alleviate these problems, we’ve developed a cold mix technology that increases energy efficiency by 20%, while reducing CO2 emissions by 30%.

Traffic noise is a major problem for millions of people around Europe. Much of it is caused by tyres moving on the road surface. So we developed an extra strong binder, allowing for the production of porous asphalt where sound (and rainwater) literally disappear into a hole. Appropriately, the product is called silent asphalt.

There are millions of miles of road around the world. Imagine if we could recycle some of them whenever we needed to build new ones. Nynas and the University of Dundee partnered to produce cold mix asphalt using recycled pavement. The trials were a great success. Now we know old roads can take you to new destinations.